What Were Firefighter Boots Like? A Brief History Of Fire Boots 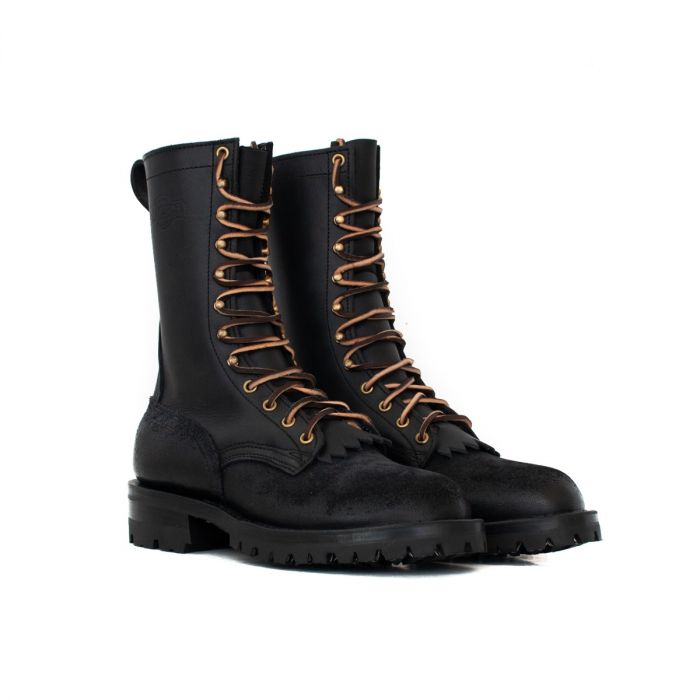 Today's firefighter boots aren't terrifically far removed from what they used to be like in the broad strokes...but involve a lot of different materials, construction techniques, as well as compliance with NFPA standards.

Like any other kind of practical equipment like combat boots for the military, or helmets for racing drivers, changes occur over time to better suit the needs of the people doing the job. Advances in design come from the need of better performance, safety, and comfort.

So what were firefighter boots like back in the day?

The Original Firefighter Boots Were Whatever Work Boots One Had

It wasn't until the 20th century that specialized "firefighter boots" of any kind were produced and worn by any firefighters. In fact, there was little in the way of equipment development outside of helmets.

In fact, "firefighter" wasn't really a profession until the late 19th century, outside of a few sporadic instances.

One of the first known instances of professional firefighters were the Vigiles, first responders (of sorts) organized by the Roman emperor Nero in the first century AD.

The Vigiles fought fire by racing to the scene and pumping water into buckets to douse the flames, and use other implements to tear buildings down (including catapults!) to contain the spread of fires.

Municipal fire brigades didn't become commonplace until the 19th century, though there were some examples that were instituted here and there. Private fire brigades, employed by insurance companies, were a little more common.

For the most part, people wore clothing that kept them warm and dry, rather than having to worry about heat protection. Up until the 20th century, firefighting was a totally external activity; fires were only fought from the outside by pumps and hoses.

Therefore, the first firefighting boots were really any boots a person happened to have on hand.

By the early 20th century, the professional firefighter was beginning to take shape, and the earliest known examples of firefighter boots emerged.

Exactly who made them and what year they first emerged has been lost to the mists of time, but it's known that firefighters in that time period all tended to were a similar boot design.

The first modern firefighter boot was a knee-high pull-on leather boot, which eventually was slightly downsized to a ¾-length boot. The primary purpose was to keep the feet and the lower leg dry more than anything, since entering a burning building was just not done.

The equipment of the day also included a trench coat and a helmet and little else. Again, firefighters didn't start entering buildings until the late 19th and early 20th century, so protection from water was about all that was required.

A boot of that design does offer some advantages, in that it's easy to put on and take off, and does offer some protection, which is why the pull-on rubber fire boot is still in regular use.

The national forests and parks were under the jurisdiction of the US Army until the early 20th century, when various agencies were created for their management and care including firefighting including the US Forest Service, Bureau of Land Management, National Park Service and so on.

Foresters and rangers had to fight fires along with their other duties in managing vast areas of mixed terrain, so it's not difficult to imagine why wildland fire boots resemble outdoor boots. It's the equipment they had and what works well in that environment.

The first smokejumpers were literally wearing paratrooper boots. The concept was first tested in the 1930s, but was solidified in the 1940s by the 555th Parachute Infantry Battalion.

The 555th was solely composed of African American paratroopers - the armed forces were still segregated at the time - and they were sent to the West Coast in 1945 to fight fires in case Japanese balloon fire bombs (which were a thing) ever made it to the mainland.

Only a handful did, to little effect (one bomb caused human casualties, and another knocked out power in Hanford, Wash. for part of an afternoon) but the 555th put themselves to use fighting wildfires, and established the smokejumper concept. 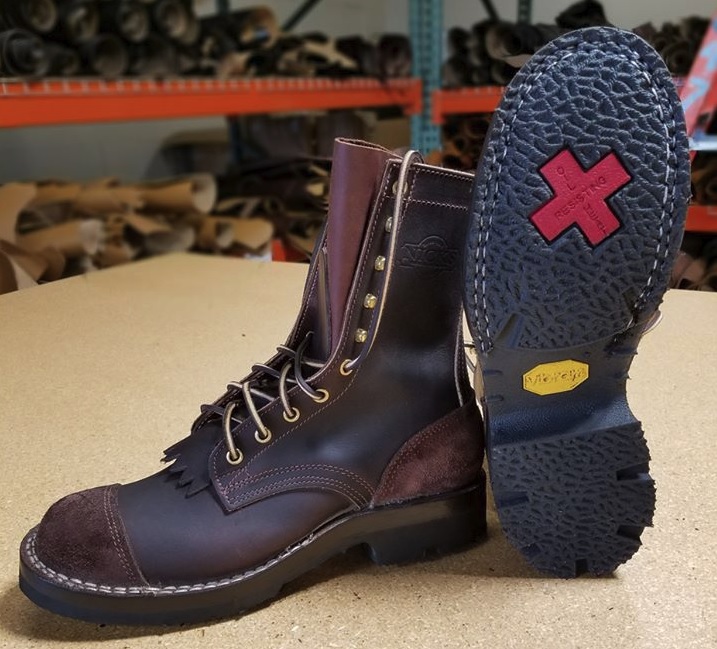 Over time, of course, the need for improvement in equipment, including firefighter boots, led to further developments.

NFPA standards emerged after years of observing what led to equipment failures.

The pull-on rubber boots favored by urban departments eventually added a protected toe. Materials changed to make them more resistant to fires and hazardous chemicals, and a protective plate was added to the footbed to resist punctures.

However, in many respects they still resemble the pull-on boots of the early 20th century...though many urban firefighters will swap them for leather firefighter boots for the increased support and comfort!

Wildland firefighter boots are much the same, in that quality examples still closely resemble logger and other outdoor boots. A raised heel gives the foot arch support and stability on uneven ground.

The modern firefighter boot isn't too far removed from those of yesteryear, but have evolved over time to meet the needs of the modern-day firefighter...and to keep him or her freer from injury, and safer in the line of service.

They do one of the hardest, most dangerous jobs in existence. They deserve the best footwear they can possibly get.