Can I Trust Used Work Boots? 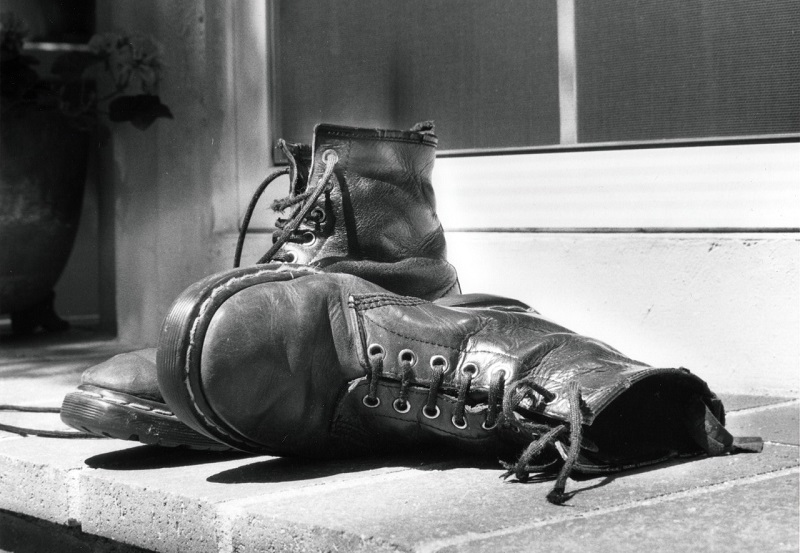 There are a few brands of work boots that are known to be excellent and tend to stay that way for the long haul. This leads to a number of them being offered on the used market, and bargain hunters may find themselves tempted to get a pair.

After all, there are some other great bootmakers out there besides Nick's Boots. We think you should buy from us instead of them, but then again we're kind of biased about that. However, a number of used work boots find themselves on the used market from time to time.

Are used boots any good? Are they worth buying? Well...the answer is it kind of depends. You may not be in for the bargain you suspected to get the most out of the deal, however.

How Used Boots Can Be A Good Buy

There are two circumstances in which used boots are not a bad buy.

First is that the boots are barely used. They've only been worn a few times, and the owner found either they didn't fit, or they weren't really wearing them as much as they thought or something along those lines. As a result, the pair work boots or whatever it was they bought are offered at a discount but are barely any different than brand new.

That's a decent way to buy things. A lot of people do the same thing with cars; instead of buying a brand new truck or what have you, they look for one with low mileage that's offered at a good discount. Often enough you have to driveways to buy it, but if it saves a few thousand dollars...who cares?

The other circumstance in which buying used boots is not a bad idea is if said boots are rebuildable and resoleable. Not all are, and this makes a serious difference.

If a pair of boots can be rebuilt and resoleable - which depends on the type of welt construction - then that means you can keep the boot in working order possibly in perpetuity. It can be stitched back together; a worn sole can be taken off and replaced.

Just like how a car's engine can be rebuilt, you just need to invest in the labor cost for the rebuild and you can keep your boots running forever, so to speak.

Why New Custom Leather Boots Are Probably The Better Value 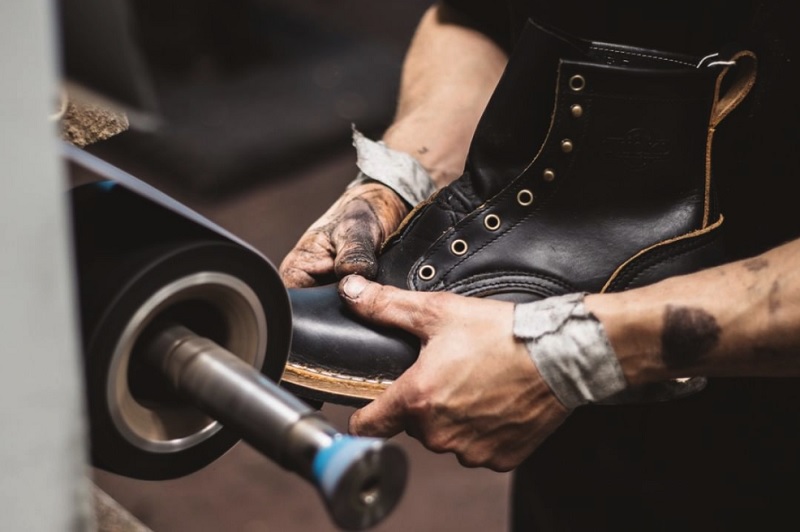 Okay, so we've established that you CAN get custom leather work boots used for what seems like a discount, let's talk about why it might not be the savings you think at first glance.

There's a concept called "false economy." It's where you think you save money, but you actually wind up spending the same amount if not more in the long run due to factors you hadn't considered.

Here's an example. A lot of people think a Toyota Prius or other hybrid car will save them money by consuming less gasoline. They take longer between trips to the pump, to be sure...but do you actually save money?

You probably won't. It costs more to buy a hybrid car than a gas-powered car, typically by a few thousand dollars. The additional cost of the hybrid drivetrain adds so much to your car payment that it wipes out the savings at the pump. You have to own it for more than a decade to realize actual savings from fuel economy...and the battery pack is only good for seven years!

Penny-wise...pound-foolish, as the saying goes.

Let's say you find a used pair of work boots for $250. They're in your size but in rough condition. They clearly need the soles replaced and some other repairs. The insoles are thrashed and they stink like the last owner's feet. In other words, they could use a rebuild. You figure a week or two in the repair shop, new insoles, and you've got basically brand new boots!

Here at Nick's Custom Boots, a boot resole costs $150. A boot rebuild costs $250. Our prices are completely commensurate with what you'd expect to spend for the same services with any other quality shoe repair shop. The same services from White's will run you about the same, and we checked.

We wore a mustache when we called, so they wouldn't recognize us over the phone.

So if the resole/rebuild route is what you have in mind, a $200 pair of boots bought...however you come by them...with a $200 rebuild works out to $450. At that point...you're not really saving much, so why bother?

As far as like-new…

Hey, we look at the classifieds like everyone else and occasionally see a few things for sale. What we've noticed is that like-new boots barely command less in sticker than new boots. Unless you need them right away, you're not gaining any real advantage in many instances.

Any boots that are well-worn but not quite to needing a rebuild/resole yet...what you're doing is stepping into somebody else's footprint. Literally. Their tread pattern, their heel wear pattern. Also their foot sweat.

This will also impact how stable you are when wearing them, as well as how comfortable they are. All this will do is require new inserts and a resole that much quicker, if not a new pair of boots altogether. In this instance, all you're doing is delaying the inevitable.

In other words, a false economy.

If you find that one-in-a-million pair of barely-worn work boots, which have clearly not even been broken in yet...then the savings are probably worth it...but how many used boots are actually like that? Not very many. In the end, you know you can count on a pair of quality leather work boots from Nick's every time out instead of having to trust the internet.