What Are Firefighter Boots Made Of? 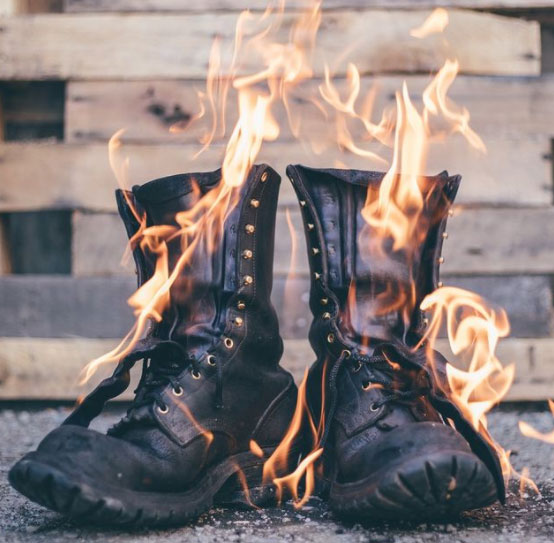 Wildland firefighter boots have to be made of some pretty strong stuff to take the abuse they endure over the course of a fire season. The National Fire Protection Agency also dictates the materials that have to be used in construction, up to a point.

Most wildland firefighter boots are not terrifically different from a lot of work boots, but do differ in certain key materials because of those NFPA regulations.

Let's go over what goes into a pair of firefighter boots.

The Uppers Of Firefighter Boots Are Made Of Leather: Tough Hide For A Tough Job 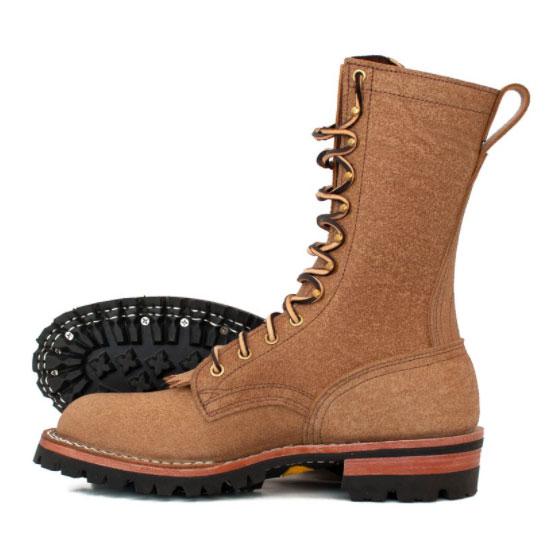 While the pull-on boots of most urban departments are typically a melt-resistant rubber compound with insulation, wildland firefighter boots are classically made of leather. The NFPA specifies that they must be for wildland firefighting.

The type of leather varies from manufacturer to manufacturer, but the best leather to use is a heavier thickness - 7 to 8 oz leather is generally best - that's also been oiled as part of the tanning and finishing process.

Leather that's stuffed with hot waxes and oils as part of the finishing tends to be supple, less prone to drying out and cracking. It's a great choice for working applications, especially if your boots are going to be subjected to a lot of dirt, dust and chemicals.

Leather doesn't ignite easily, and when treated with boot grease, does resists flames fairly well. Obviously, any material combusts or ignites or burns when subjected to enough heat, but leather resists it well.

You have to have an NFPA fire boot for firefighting, and this is what they specifiy for wildland firefighters.

Another central component to fire boots is melt- and flame-resistant thread. The thread cannot come apart in the line of duty, so it has to be able to resist heat, flames and chemicals better than typical shoe-stitching.

Flame-resistant threads are almost entirely synthetic, such as polyesters, nylons, or aramid threads.

Aramids are microfilament fibers, made up of thousands of tiny strands kind of like a rope. They were devised in the mid- to late-20th century, and some have remarkable heat resistance as well as high strength-to-weight.

Aramids in popular use included brand name fabrics like Kevlar and Nomex, both of which are popular for making flame-resistant clothing, and stitching thread such as Technora.

These threads and fabrics are self-extinguishing, in that they won't continue to burn for more than a second or two if subjected to fire. Obviously, they will burn or melt if subjected to enough heat, but they stay intact if exposed to flame. 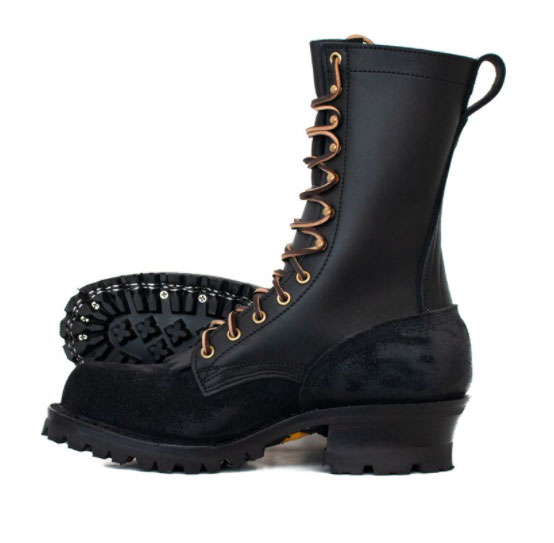 Another component of firefighter boots are melt-resistant lug soles. The most common is the Vibram Red X brand, made for firefighting and other professions where workers are exposed to high levels of heat such as welders and metal workers.

Red X and similar soles are made with a specialized rubber compound that resists melting, so they stay intact despite being subject to a lot of heat. While the sole will heat up and soften, it won't "flow," meaning it doesn't heat up to a liquid state until subjected to incredibly high heat.

These soles are designed for use in firefighting and do very well for that purpose, but the softer compound does make the sole wear faster than typical boot soles such as the classic Vibram 100. As a result, firefighters usually have to have their boots resoled more often.