How Long Are Fire Boots Good For? 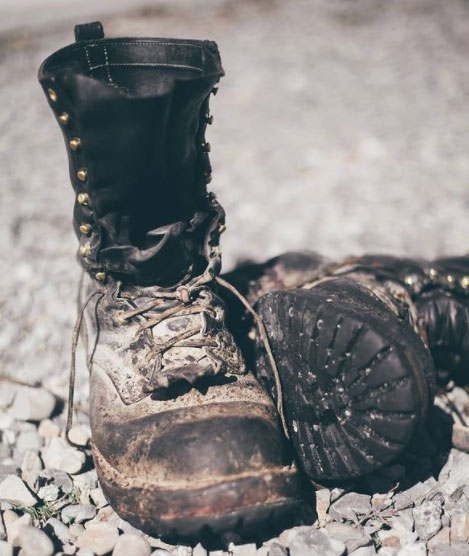 Quality fire boots - like any quality work boot - is a serious investment in a tool of the trade...but how long does that tool last?

It depends a lot on you and what you put your firefighter boots through. How long a pair of any boots or shoes lasts depends on the punishment they take.

The good news, though, is that a really good pair of fire boots can be rebuilt to take on another season if needs be. We rebuild a lot of Hot Shot boots over the course of a year. In fact, some of our customers have two or three pairs so one can be in the shop while the others are in use.

So let's talk about the wear and tear that fire boots take, and what that means for longevity.

What Your Firefighter Boots Are Up Against 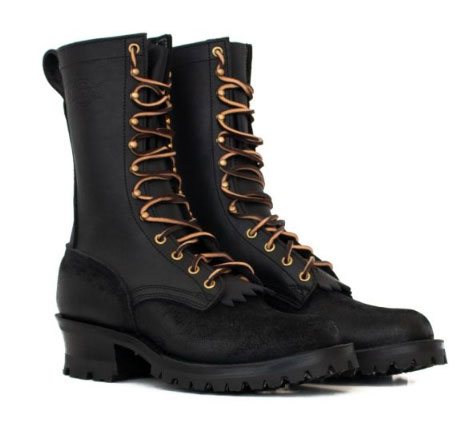 Besides the obvious stress of heat, what damages wildland firefighter boots tends to be one of a few common things.

First, you have the wear and tear on the tread. Vibram Red X soles are made of a softer rubber than the typical Vibram 100 lug. The standard Vibram 100 doesn't wear as fast, but also softens or even melts at a far lower temperature.

Vibram Red X sole boots take the heat better, but wear faster. It isn't uncommon at all for a pair of boots to need a resole after a heavy fire season.

The leather of the lowers takes an absolute beating from water and caustic chemicals in fire retardants, as does the stitching.

Obviously, boots worn on the fire ground have to be taken care of. They should be dried, cleaned and greased when you have the opportunity, to make sure the leather is as protected as it can be.

Does that happen as often as it should during fire season? Of course not, and that means your boots are going to absorb some water damage and possibly some chemical damage over the course of a season.

Then you have the physical wear and tear of hiking over miles and miles of rough terrain, carrying equipment and so on.

It is one of the most physically demanding occupations on the planet, and your equipment takes a beating doing it.

How Long Are Fire Boots Good For? 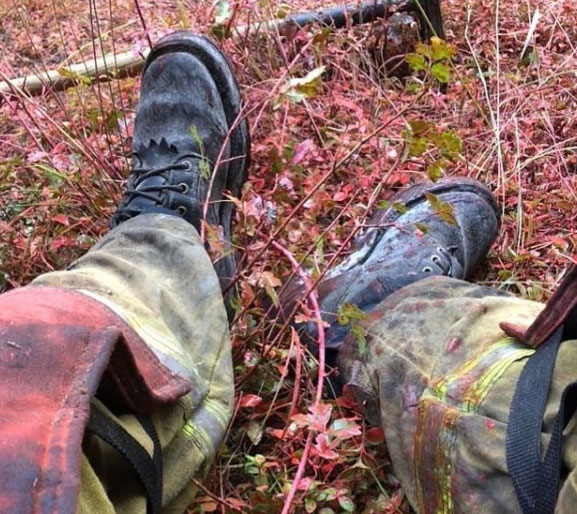 If this were a normal pair of boots we were talking about, we could say that you'll know when the soles are towards the end of their life. Or that if the uppers just don't seem to be staying in good condition no matter how often you grease them, they need to be replaced.

That's fine for a pair of typical work boots that somebody wears for most trades. Firefighting boots are safety equipment, so it's better to have your boots rebuilt when you want to instead of when you have to.

You don't want to have to worry about whether or not your boots can take another season's worth of abuse. That's why a lot of firefighters have their boots rebuilt every year or every other year in case of a light season.

With fire season lasting longer than ever in some parts of the world, we've been having more of our customers have annual rebuilds.

Some of our customers send in a pair for a rebuild in the middle of fire season while they switch to a new pair or a backup pair with fresh leather and fresh soles.

We've also had customers take a couple of years between resoles or rebuilds on fire boots, so it really depends on the individual firefighter and the conditions they're working in. We can't anticipate what it will be like for you, but heavier use will mean less time between rebuilds.

It goes without saying that the foundation of a wildland firefighters' gear is their boots. You have to start with a pair of boots that keep your feet injury-free and comfortable during long, hard days on your feet on the fireground or in training.

As with any hard profession that keeps you upright and moving doing hard work for long periods, you want to invest in gear that's going to make your job easier, not harder.

The old adage is you shouldn't buy cheap boots or mattresses, because you'll be spending a lot of time in them.

Start with a great pair of fire boots and you'll get more than your money's worth out of them in the long run. We have thousands of customers, with thousands of hours on the fire ground that can testify to that.