How Much Does It Cost To Resole Vibram Boots? 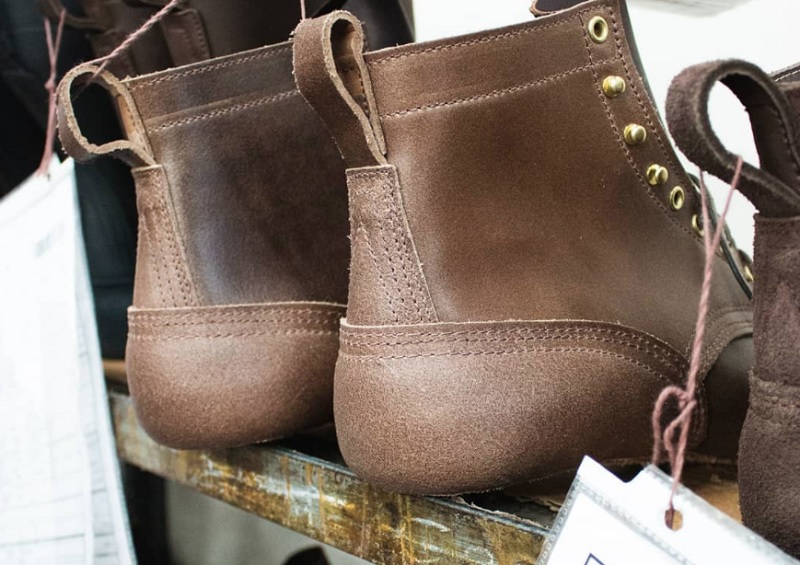 Cost of resoling Vibram work boots, or really boots with Vibram soles, depends entirely on whom you're having it done by.

A resole from Nick's Boots is $199, but bear in mind that this is for boots we made. Also, our boots are made differently than many others out there, but we'll explain that later.

It partially depends on the shop as well as the shoes and/or boots. Granted, not all construction methods are created equal or make the same requirements of the cobbler in terms of labor.

Obviously, we can't tell you what it's going to cost anywhere else, but we can tell you why it might seem like a steep cost having your pair of Nick's Handmade Boots or a different brand of boots or shoes resoled. 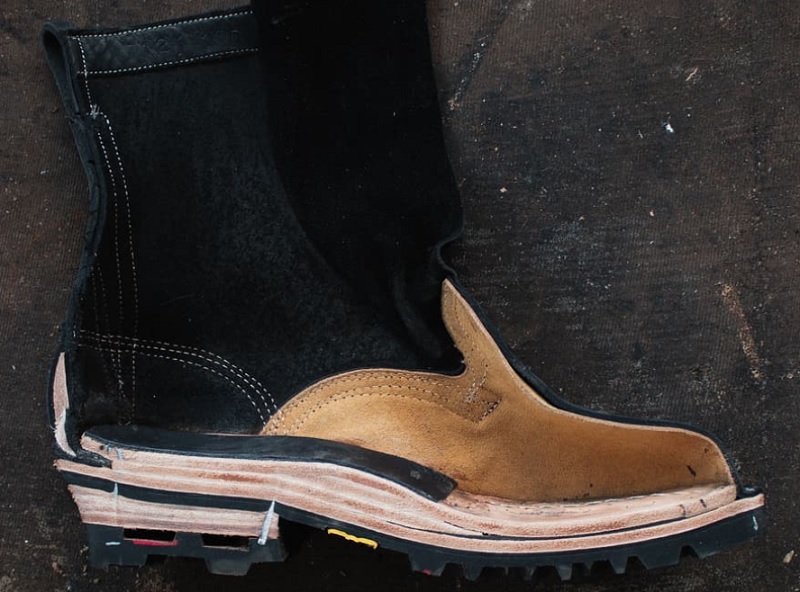 Generally, you can expect to spend anywhere from $100 to $200 getting a pair of boots resoled, whether they have Vibram soles or not.

As with most other services from tradespeople, what you're generally paying for is the labor more than the materials. Yes, Vibram soles are certainly the best or at least among the very best you can get, but they aren't that expensive to purchase.

You can find them from shoe making supply stores or businesses, but suffice to say that they usually cost less than $20 per pair. You could conceivably buy a set yourself if you wanted to.

It's just like getting your car repaired by a shop. Getting an alternator replaced can be expensive, usually a few hundred dollars but typically the part is the least expensive line item in your bill. It's the $100 an hour the shop charges for labor that gets you.

Again, it's going to depend on exactly where you go and/or send your shoes or boots to, or if you're doing a boot rebuild alongside, so we obviously can't speculate on what you'll spend elsewhere, but generally it's between $100 and $200 for most shoes or boots in most shops if all that's being done is new soles being installed.

What Goes Into A Resole?

The general workflow of a resole goes like this:

Seems pretty simple, right? Well, how simple or not simple it is depends on how your boots or shoes are made.

The easiest method is a Blake stitch, common for high-end dress and fashion shoes. How it works is the sole, midsole and insole are directly stitched together. Since the insole is stitched to the upper, the Blake stitch method is a simple but effective construction method.

Blake stitching is typically fast and, depending on what soles you're having installed and who's doing the work, not terrifically expensive.

The Goodyear welt was invented along with the machines that do the stitching, trimming and other parts of the construction, so most of the process is mechanized.

The advantage of a Goodyear welt is that it's a very common construction method and most shops will have the equipment to resole shoes or boots made with a Goodyear or storm welt.

The outsole stitching and welt is cut off, but the midsole stays attached to the upper in most cases. A new outsole is glued on, trimmed for size, a new welt strip attached and the whole thing stitched together.

Then you have what's called stitchdown construction.

This method directly stitches the upper to the midsole and the outsole. Unlike the Blake stitch, the upper is flared out at the bottom of the upper, creating a skirting of sorts and that's what the stitch goes through. This creates a welt from the upper itself.

This can be followed by stitching the insole through the upper and into the midsole and/or into the outsole as well. This locks every layer of the footbed, midsole, outsole, upper and midsole together.

It's also very time consuming, especially if any nails or screws are used to attach the outsole and heel block to the midsole. Resoling stitchdown boots is time-intensive, as some or all of the stitching required has to be redone, and is typically done by hand.

It also tends to create the strongest mechanical bond of all methods, as well as being the most resistant to letting in dirt, dust or moisture, which is why it's the best method for making work boots...though also commands a high premium for the specialized labor required.

Usually, that's going to be reflected in the cost of resoling stitchdown boots as well.

Let's presume a $100 to $200 cost of a resole for boots that can be resoled. Typically, Goodyear welts are the fastest and cheapest, with Blake and stitchdown construction running a bit higher in cost.

The more intensive the construction method (Blake stitching is simple, but is usually done by hand; stitchdown is done by hand and is complicated) the greater the cost of the resole.

Since it uses a lot of machinery, the Goodyear welt is therefore most common in mid-tier working footwear, with stitchdown construction typically reserved for the highest quality of work boots.

Vibram soles, of course, just happen to be some of the best you can get, which is why they are preferred by so many boot companies and their customers.

A Resole Or Rebuild Is Still Cheaper Than Buying New Boots

With that said, the virtue of a resole or a rebuild - which goes further by totally rebuilding the footbed and possibly the upper - is that you will often spend a lot less than you would buying a whole new pair of boots.

For instance, wildland firefighters put their boots through hell...as well as themselves. We rebuild a lot of firefighter's boots every year, if not every other year due to the accelerated wear and tear compared to less strenuous trades.

A resole for $200 or a rebuild for $300 is less than buying a new pair of our boots at $500+ every year, which is handy since the federal government allocates $500 per year to wildland firefighters for their boot allowance.

For people in different trades, you may need a resole every other year or perhaps every third year and a rebuild maybe once in a decade.

A lot of working people go through a pair of boots every year, or even every few months, depending on their trade. Unless you're buying lower-end footwear, you'll actually save money in the long run by investing a bit more in your boots...and be more comfortable in the process.