How Long Do Handmade Boots Last? 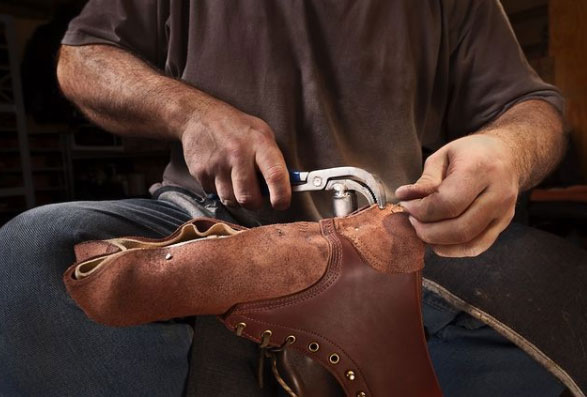 A pair of handmade boots does involve a non-trivial sum of money, so it begs the question of how long they'll last. The short answer? Possibly the rest of your life.

The longer answer is that with adequate care, and if they aren't damaged beyond repair, the lifespan of leather goods is actually unknown.

Of course, any boot or shoe can be rebuilt and then you get into the "if it isn't the same piece, is it the same boots" thing, but no one actually knows.

We can tell you how long you can probably expect to get out of a pair of soles or possibly how long until your boots will need the footbeds rebuilt, but outside of that...it's actually anyone's guess.

We'll flesh that out a little more, but suffice to say that if you invest in a pair of handmade leather work boots, it's not unreasonable to say you will potentially have them for life.

How Long Will Leather Boots Last? Nobody Knows 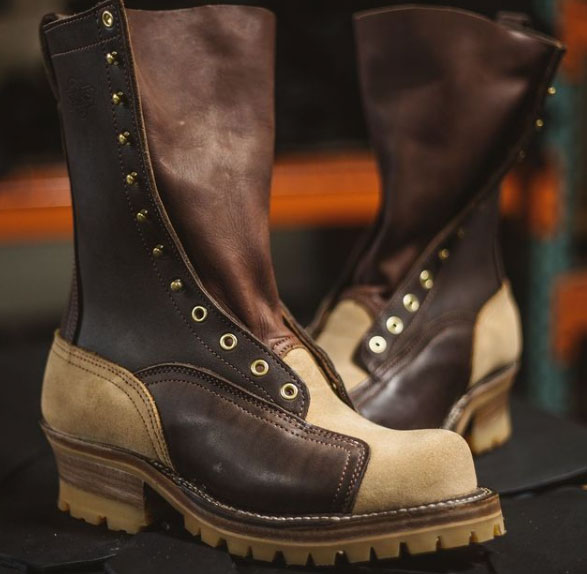 Everything decays eventually, but leather goods of any sort can actually hold up incredibly well.

The oldest leather shoe on record >was over 5,000 years old. It was found preserved in a cave in Armenia, with laces still attached.

Which is likewise a ringing endorsement for leather laces at the same time.

Leather footwear has been discovered in the pyramids in Egypt, at Stonehenge, and still on the feet of Otzi "the Iceman," the famous natural mummy (preserved remains) found in the Italian alps dating to about 3,000 BC, give or take a few centuries.

Granted, those artifacts were preserved; the boots in Armenia were covered in other material, which kept them from drying out and decaying, the pyramids at Giza were sealed, and Otzi was cased in ice.

And what that means is that so long as leather goods are cared for, kept conditioned and preserved against the elements and so on...they can last an incredibly long time. Probably longer than one or even several human lifetimes.

But...that isn't really what you had in mind when you typed "how long do handmade boots last" into Google or clicked on this link, is it? Let's talk about what you really meant.

How Long Will The Soles And The Footbed Of My Leather Boots Last? 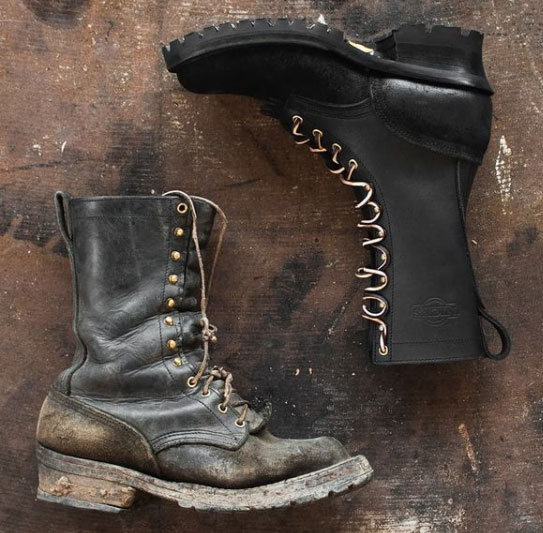 If cared for with leather conditioners and protectants, and if they don't tear or get punctured, the uppers will stay intact for a very long time. What wears out on all boots, however, is the footbed and the outsole.

The footbed is the material between the outsole and the insole that sits under your feet. It gets compressed by the foot, day after day, footstep after footstep. Eventually it's going to be compressed to where it doesn't support the foot as much as it should.

How long will that take? That depends on how the boot is made and what kind of mileage you're putting on them.

A footbed made with oak-tanned leather is going to last longer than the typical work boot footbed materials. Most companies use fiberboard or Poron and cork.

Wildland firefighters, loggers and other workers who put a lot of stress on their boots can expect a year or two before needing to rebuild an all-leather footbed; heavy use of a fiberboard and cork footbed will maybe get a year of hard use before some support is lost.

Some people don't recognize when it starts to happen, as they assume their insole needs replacing. It can be hard to tell the difference.

It's more or less the same with outsoles. It depends on the outsole and how it's used.

A Christy Creme sole will typically need to be replaced in a year with heavy use, but two or three years (maybe a little longer) with casual wear. However, Christy Cremes are known for wearing fast.

On the other hand, a hard Vibram 100 sole can often take a year or two of heavy use, but five or more years of casual wear before needing to be replaced...but it depends a lot on you and how hard, how fast you wear your boot soles out.

If you're getting work boots, you can probably expect a year or two, maybe up to three (depending) before a resole is needed, and possibly a few more years before the footbed needs to be rebuilt.

Or you might need a resole and a rebuild of a handmade boot every year. In fact, it's fairly common for wildland firefighters to have a pair rebuilt every year while wearing a new pair, and then do the same thing next season.

So it depends a lot on how you'll use them, which we can't predict.

But what we do know is that if you take care of them, and have them serviced when they need to, your boots can easily last the rest of your life. Invest in a pair that's made right, and they can easily become heirlooms.