Should I Get Celastic Toe Work Boots? 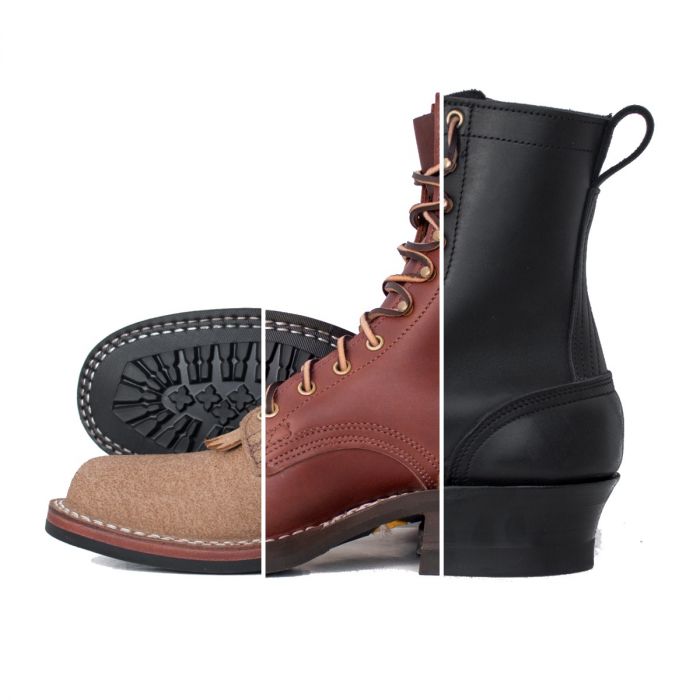 A number of high-end makers of serious work boots - including Nicks Boots! - offer celastic toe work boots. It adds a little bit to the cost, of course, and while it isn't a safety feature per se, you might hear from some people that it adds a little bit in terms of protecting the toes.

Great questions! Let's get them answered.

What IS A Celastic Toe In Work Boots? 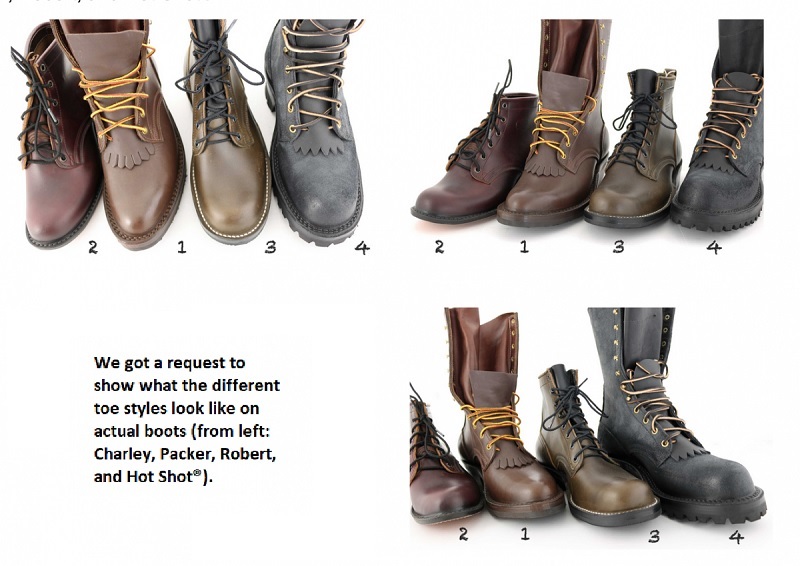 A celastic toe, as mentioned, gives the toe box a rigid lining. Depending on the make and model boot, as well as who you're buying it from, you may have the option of a single-layer or double celastic toe.

First, it gives the toe box a bit of stiffness. The toe box of your boots will hold their shape over time, without the flattening that often occurs with leather boots.

However, you also don't get the bulging away from the welt that tends to occur with composite or steel toe boxes of safety toe boots.

You'll also get a little bit more protection of the toes in case you bump into anything or drop something on your feet, but be advised that it isn't much. In no way, shape, or form is a celastic toe much of a safety feature. It's more that you get a little bit more rigidity in the toe of your boots.

If you need a safety toe, get a safety toe. ASTM ratings and OSHA requirements specify what a safety toe actually is, so if a composite toe or steel toe is required by your job...get them. A celastic toe box will not protect you the same way an actual steel toe boot will.

Should I Get A Celastic Toe Work Boot?

Whether you should get a celastic toe work boot is kind of up to you and your personal preferences. As discussed, they aren't safety toes (get an actual safety toe if you need one) so it's really all down to whether or not the benefits are to your liking.

Some people don't care what their work boots look like; a toe box that's wilted a bit over the years doesn't really matter as long as the boots are still supportive enough to work in and comfortable to wear. Who cares if they look a bit haggard, a bit worn? It's a work boot, not a dress shoe!

Well, some people might, and fair enough. Additionally, a drooping toe box can make your feet feel a little more crowded inside the boot, so that is something to be aware of.

As to protection, well it's really only a protection against dropping rather light objects onto the feet and from moderate toe stubs, and really in terms of "protection" it just means it won't hurt quite as much. You'll still feel the impact!

However, a bit stiffer toe and more uniform appearance are nice to have, and getting a single celastic toe...often doesn't add much (we only add $10 to your order for a single layer celastic toe) to the cost, though it will add a little extra build time, typically an extra day or two.

It definitely isn't a bad idea, but you'll have to weigh that for yourself.