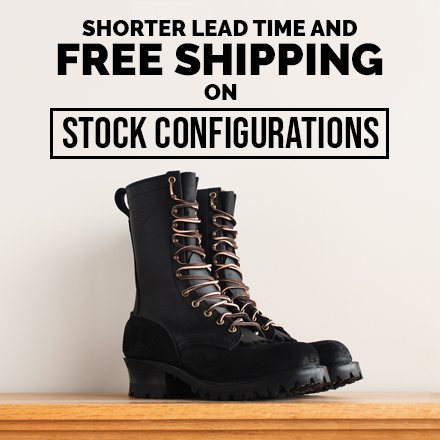 What's The Point Of Logger Boots? They're Great For More Than Just Logging 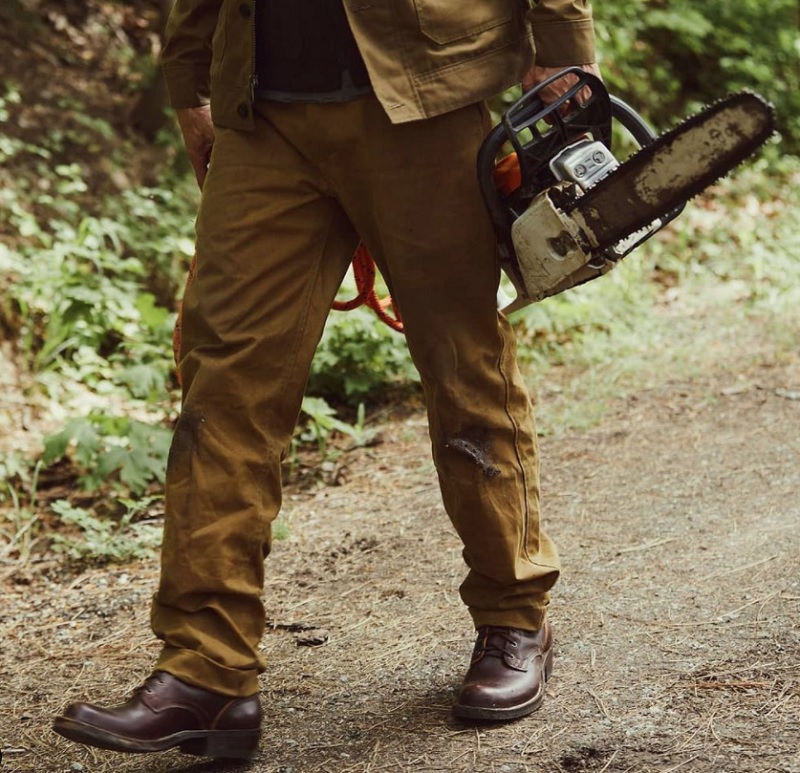 The point of logger boots, at least the classic calked style, is to provide more traction than typical boot soles are capable of as well as the support and comfort necessary for one of the hardest jobs one can do.

The point of logger boots as a style - a durable boot with a raised heel with a long boot shaft of 8 to 11 inches, calked sole or not - is a tough boot with more support, which is necessary when working outdoors on hard terrain.

The logger boot as a design has become something of a standard for working footwear, as boots of the style have become commonplace beyond the confines of logging.

It's not uncommon to see boots of the type in construction, other trades and even some casual takes on the logger boot style.

So why get a pair of logger boots? Let's talk about that…

The original logger boots were a style of boot native to the Pacific Northwest. They were sturdy, stitched instead of glued for durability, made of heavy duty leather, and had calked soles.

This was the era before skyline logging; logs were pulled by horses and transported by floating them down the river. Losing your footing on the mountain is dangerous in any era, but in the late 19th and early 20th century, it could be life-threatening.

Hobnail boots, as they are called, have been around for centuries; the sandal boots of the Roman legions (called "caligae") were hobnailed. The Doughboys and Tommies of World War I wore them to get more grip in the muddy trenches, as have workers all over the world for centuries.

The calked logger boot is just a hobnail boot with a particular style that became predominant among loggers in the Pacific Northwest.

Why get them? Well, if you're a logger, and you happen to work in a region that gets a lot of rain (like much of the Pacific Northwest does) you need that extra grip, which is why calked logging boots are still necessary equipment for foresters.

What Is The Logger Boot Style And Why Is It Popular?

Over time, the logger boot style caught on as working footwear and is today still a very popular choice for work boots.

For starters, leather boots of sturdy construction that are also comfortable to wear are always going to be a good choice for a work boot.

What the logger-style boot brings to the table is increased support for the heel by virtue of the raised heel block. It helps absorb shock, so your feet don't take a beating as you walk around on rough surfaces or on uneven ground.

A raised heel can also give additional support to the arch of the foot, which is the part of the human foot that acts as the spring as you walk. Supporting the arch keeps the foot from fatiguing and getting sore as the day goes on.

In other words, more support tends to lead to more comfort.

While this can make break-in a little unpleasant (a lot of people go through a good amount of moleskin for break-in periods!) the upshot is that the ankle has more support. You won't roll your ankle as easily, and it helps maintain posture and footing.

Those attributes are also why the logger style - though with some differences in materials and construction - are dominant among wildland firefighters. They operate in the same areas as loggers, so they need boots that can stand up to it.

Another incidental benefit is the gap between the heel and the tread on the forefoot. Having a gap between them helps you climb ladders more safely in the field, which has made the logger-style boot preferred by linesmen.

Since most logger boots are usually made with lug soles or other heavy-duty soles, the additional grip, comfort and support make them fantastic for outdoor purposes as well. They make great hunting boots for all but the coldest weather and wettest conditions.

What's The Point Of Logger Boots?

The point of logger boots is to provide the support and stability you need for working or other purposes.

When you need a tough boot that can help take you up and down a mountain or keep you on your feet and working all day without discomfort, they are an excellent choice.

As far as the classic calked style, those are made for logging and that's what you'd get them for, which is why we happen to provide high-quality working footwear to a lot of forestry technicians.

That's the point of logger boots.

Then you have people that just prefer the feel of them. There are some people that prefer a raised heel to a flatter heel profile, and logger boots happen to have some of the tallest heels of most common working footwear.

That much is completely up to you, and plenty of people have purchased logger boots with a medium- or low-profile heel because of it and had great success.

In other words, the reason you'd want logger boots is because you want a rugged boot that can go anywhere and do anything, and keep your feet comfortable. That may be on a logging site, or it may be in residential construction or working on a factory floor.

A quality-made pair will certainly fill the bill and then some.