How To Wear Brown Boots 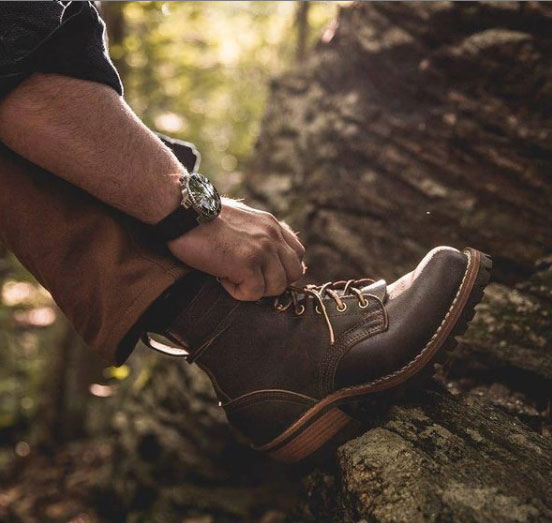 If you will at all; there aren't too many people out there that even own a tuxedo, let alone wear one more than a few times in a decade.

Here's how to wear brown boots.

To Polish Or Not To Polish 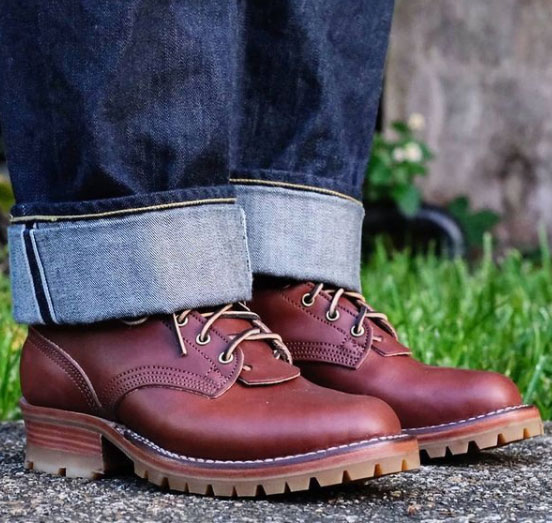 Black boots and black shoes need to be polished to keep them looking their best. Brown boots?

Not as much. Granted, if you want to polish your shoes or boots, then by all means do so. They're going to look great. But you might not need to and still have an amazing pair of boots for daily wear.

Why that is actually desirable is that brown leathers are going to show wear patterns and patina a little more readily than black. That gives them character, which can be hidden under layer upon layer of polish.

Bear in mind, though, that the type of leather your boots are made of has an impact here.

Oil-tanned and other pull-up leathers are known for not needing polish; scuffs and so on buff out pretty easily. Vegetable-tanned leather makes scuffs and gouges a little more readily visible.

That said, brown is the color if you don't want to spend hours getting that perfect mirror shine.

Just About Any Color Works With Brown 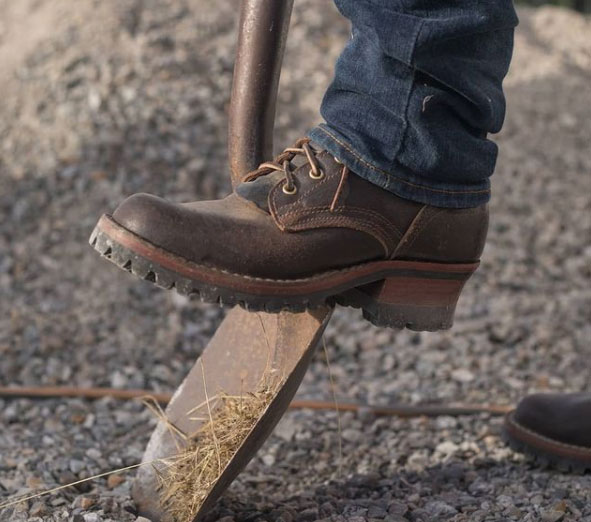 Everything they say about black boots or shoes applies to brown boots too. The right pair goes with just about everything.

You literally can wear anything with brown work boots from jeans to suits and they'll look great.

Some people wonder about the fashion faux pas of brown boots, but you really only have to worry about it if you're wearing a tux and how many people really own one anyway? Most people will rent one a time or two during their lifetime and that's about it.

If you really are worrying about contrasting colors, darker shades of brown will be a little more versatile. Light brown catches the eye a lot more if you're wearing black slacks. Opt for a medium to dark brown like a chocolate or oxblood/walnut color.

But, again, those are the silly "rules" that someone dreamed up decades ago without consulting anyone. It's anyone's guess why any stock is put in them, but it's not like people get to vote on what's the right way to dress or anything.

Where some people start to worry a bit is pairing their brown leather boots and a suit.

If you're wearing a suit to work or to an event, you want to look presentable but not flashy; formal dress is contradictory in that you want to "dress to impress" but not to stand out too much.

The classic way to wear brown shoes or boots with a suit is to pair them with gray and/or charcoal, or with navy blue. That's the traditional take, and a great pair of brown shoes or brown leather boots does look great with suits of that color.

However, a darker brown leather of a more chocolate or walnut/oxblood shade can also pair pretty well with black as well.

Wear your brown boots however you want. It's your feet, it's your pair of boots, and you shouldn't let anyone tell you not to wear them if you want to wear them.

Conventions of men's fashion or dress - or women's, for that matter - aren't exactly arrived at by consensus among people who really know what they're talking about like particle physics is. It's arbitrary, silly, and forces people to buy and wear clothes they might not even like.

But, if you wanted to know what the conventions are as far as brown boots...that's how you'd wear them.