Goodyear Welt Vs Stitchdown Work Boots: Which Is Better? 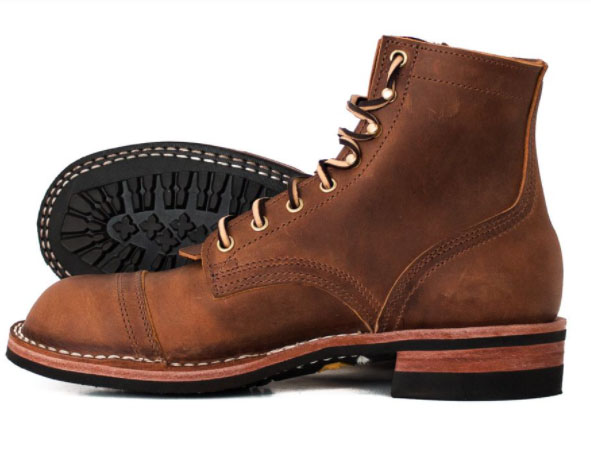 When a boot is actually made right, the maker will tell you if their work boots are Goodyear welted or stitchdown construction.

If they don't tell you? The boots are glued. In that case, get out of there.

But which is better? There are so many different boots with various features and price points; are stitchdown boots better than Goodyear welted boots? Or is it the other way around?

So what's the difference? Is one better than the other? Let's talk about that a bit more. 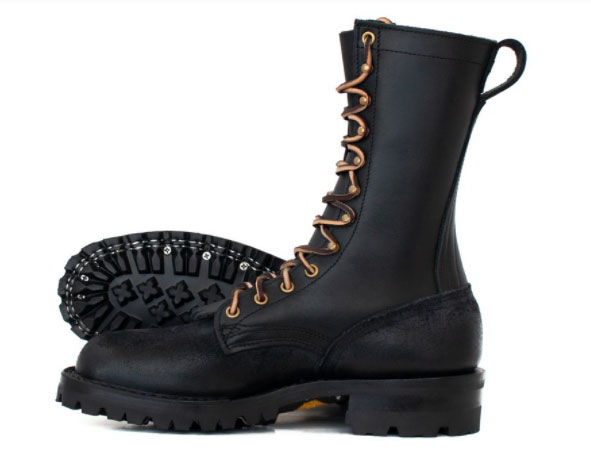 Welting and stitchdown construction are methods for making leather shoes, whether it's a pair of work boots, heritage boots or a pair of dress shoes.

A Goodyear welt is a type of welt construction, which uses a thin strip of material around the edge of the boot upper to seal the upper and midsole together.

The upper, insole and midsole are stitched together from the bottom, then the welt - the thin strip of material, whether it's rubber or leather - is stitched onto the outer edge of the midsole around the entire length of the upper. Then the sole is attached.

After those pieces are stitched together, the outsole is attached to the midsole.

A lot of the stitchdown process cannot be done by machine...but a lot of the Goodyear welt (and related welt designs such as Norwegian and/or storm welts) can be, which is actually why it was invented in the first place.

What does this mean in the real world? 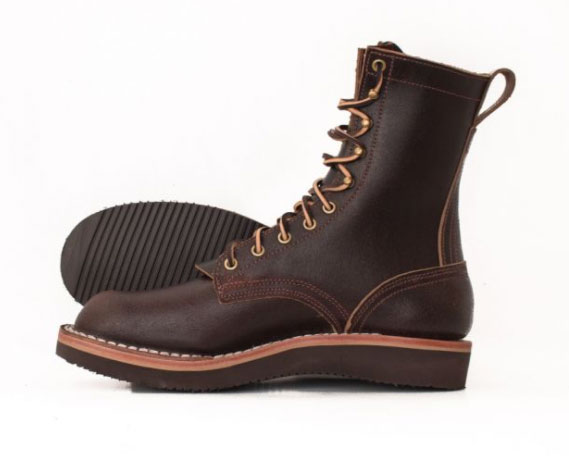 What do these differences add up to in the real world?

Stitchdown boots are slightly more watertight - leak-resistant is more like it - due to how much tighter the stitching is...because there's so much more of it! Granted, most welted boots hardly leak like a sieve; they just let in water or dust or small rocks a little easier.

The other difference is in the rigidity of the boot.

That creates a stiffer footbed, which provides a lot more support both upon break-in and over the lifetime of the boot.

The other benefit is that since the upper doesn't have to be crowded behind a welt, stitchdown boots tend to be a little wider in the toe box. A lot of people with an E-width foot will find a half-size up (say from 12 to 12.5) typically gives them the additional width they need in a stitchdown boot.

If you're ordering stock boots rather than having yours made to order, that's a good thing to bear in mind.

Here both construction methods have the same advantage.

Both are easily resoled; in most cases, any cobbler can just remove the old sole and cement a new one to the footbed. Some bootmakers also add finishing nails to fasten them in place, but again that's easily dealt with by most shoe repair shops.

That said...when your boots need a rebuild...that's when things get a little trickier.

Goodyear construction is an industry-standard construction method, with a lot of people trained for it and a lot of machinery and tooling to support it.

That doesn't mean, however, that you can get welted boots rebuilt or resoled by the factory. In fact, the lower expense of manufacture often means that they won't. So you either have to replace them every so often, or find a shoe repair shop.

Stitchdown boots are also harder to rebuild due to being mostly handmade.

What this means is not all shoe repair shops can do anything beyond a resole. Also, a lot of manufacturers who make stitchdown boots won't offer any rebuild services; you either have to find someone who can do it or get new ones.

Unless the company you get them from happens to offer boot repair as a service for their boots.

It's a good idea, therefore, to invest in boots that can be serviced by factory-trained or actual factory technicians if you want to keep them in good working order long-term.

So ultimately, both are good ways to make leather work boots, but stitchdown construction tends to produce a hardier, more durable product for long-term use. If you invest in a quality pair, from a bootmaker that will service them however you need them to, you'll likely get a much longer service life with more support and comfort.