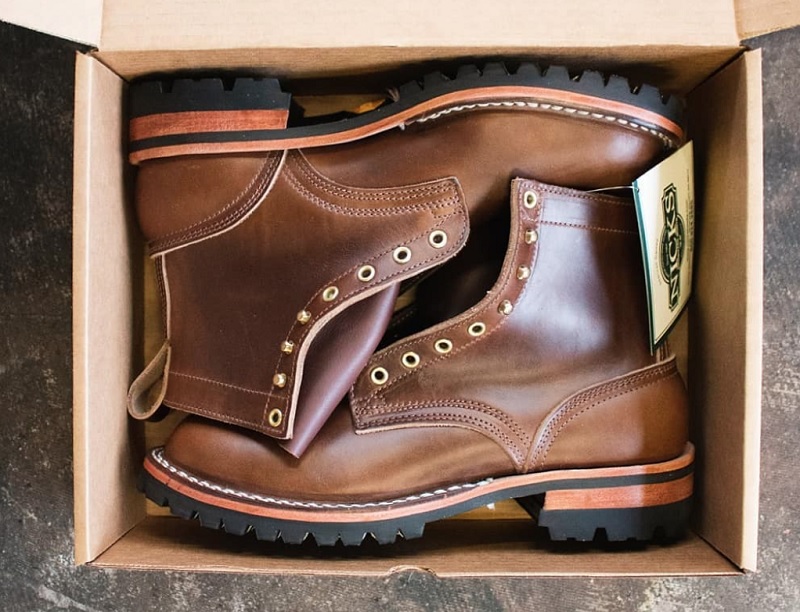 Chromexcel leather is often given as a selling point for some boots, especially fashion or heritage-style boots when they're made using it. Is it actually any good?

Chromexcel leather is an excellent bootmaking leather IF it's the look and feel that you want. Chromexcel has a natural shine, but doesn't have the best finish for polish.

It also develops a beautiful "worn" look over time that some love, and some don't care for. However, it's also softer than other types of leather, which can make the upper a little "floppy" with time, which - again - some people don't care for.

With that said, it's an excellent choice of leather for a pair of heritage boots and, indeed, work boots in the right job.

What Is Chromexcel Leather? 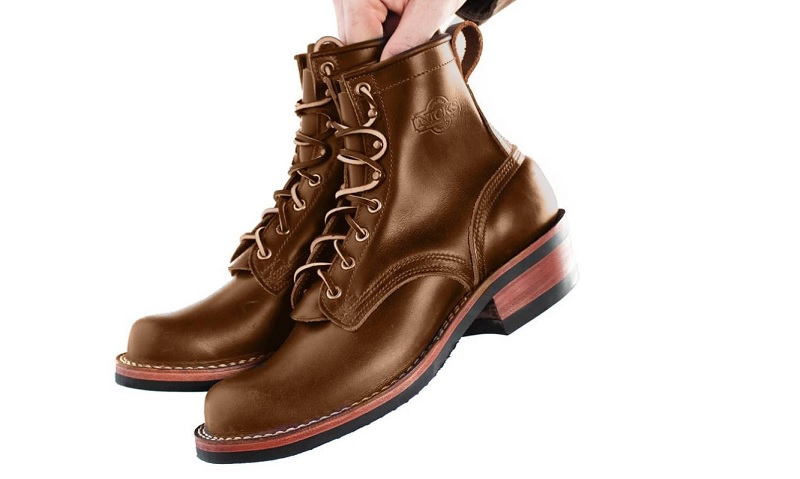 Chromexcel leather is a proprietary leather developed by the Horween company of Chicago, one of the few large-scale commercial tanneries left in the United States.

They use a two-stage tanning process. It starts with chrome tanning, followed by a second vegetable tanning and finishing with the leather getting a hot oil bath. Chrome and then vegetable-tanned, and then oil-stuffed.

The results of that process is a leather that's soft enough to be comfortable, but has a bit of stiffness to it as well.

The oil-stuffing helps to seal the pores to a degree, protecting the fibers of the leather more so than other finishes and making them naturally more water-resistant than other tanning processes and finishes.

Horween uses a top-grain leather that has a more uniform appearance, giving boots and shoes made with Chromexcel a rich, deep and uniform color. The oil stuffing gives it a polished appearance without actually needing any.

It's also a "pull-up" leather, meaning that if you push the leather with your fingers, you'll see the oils and waxes move around and the color slightly change. That's what gives Chromexcel it's unique appearance as it ages.

What's So Great About Chromexcel? 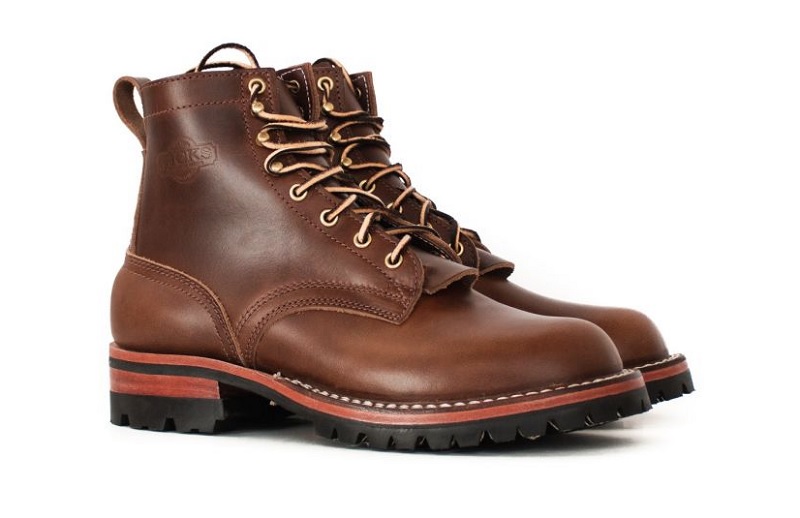 The hallmarks of Chromexcel are a natural shine, a slightly waxy but smooth feel, and leather that's soft enough to be more comfortable than typical work boots out of the box, but with enough body to it for the boots to have good longevity.

It's a lot like the "oil tanned" leather (there's actually no such thing) that's talked about with some boot brands. It feels softer to the touch, and after break-in you have a far more comfortable pair of boots in terms of the upper. A pair of work boots that feels closer to a great pair of sneakers.

In other words, it's kind of the best of all possible worlds. Strong enough to be durable, soft enough to be comfortable, and darned if it doesn't look AMAZING. And they only get better with age.

But some people find it isn't necessarily the best choice of leather for them.

Boot care for Chromexcel is a little different. Use of a lot of typical oils, waxes or greases will dull the finish and lose the water resistance and otherwise ruin a pair of Chromexcel boots.

Another aspect to Chromexcel is that it won't necessarily take wax polish and buff to a high shine as well as vegetable-tanned and some other types of leather, so it's not the boot leather to get if you want to polish and shine your boots.

Chromexcel is meant to be "self-polishing," in that the oils and waxes that are stuffed into the leather in the tanning process just have to be buffed to cover any scuffs. Maybe add a bit of oil or dubbin or other wax, and buff and you're good to go.

As mentioned, it ages incredibly well. There's a pretty good second-hand market for vintage Doc Martens, and it's easy to see why when you see a well-maintained pair. If taken care of, they have a rich color but weathered appearance that's incredible.

Chromexcel Boots Are Great For The Right Purpose

For the right purpose, and if you buy a pair that's made well, Chromexcel boots are some of the best you can buy.

Like other boots made with a similar tanning process (meaning oil-stuffed) the upper will soften to a far greater degree than vegetable-tanned leather.

However, Chromexcel isn't the best choice for a heavy-duty work boot or outdoor boot. You want a stiffer, heavier-duty leather such as vegetable-tanned for the additional structure.

With that said, if you work on your feet in a lighter-duty trade, like light manufacturing and so on, it's actually a good fit there too. Well-maintained Chromexcel leather stands up to the elements, dirt, and can stand up to a lot of different working conditions.

Doc Martens, after all, the brand that immediately springs to mind when people mention Chromexcel, started as work boots for postal employees and factory workers. It's more than merely sufficient for those applications.

It also happens that Chromexcel leather makes for some of the best casual boots you can possibly get, especially after you've put a few years and enough miles on them to start really wearing them in.

They look amazing when new. You'll be astounded what they look like in a few years.