What Is Pull Up Leather? 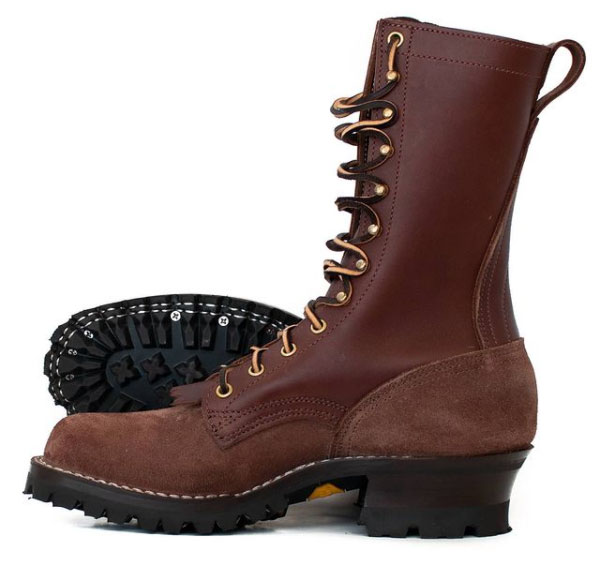 "Pull-up leather" has a distinct appearance, with natural gradients of color that goes from light to dark even when it's just sitting there looking amazing. The term comes from the effect that happens when you touch it.

There are several different kinds of pull-up leather, but all of them have a lot of the same things in common to create the pull-up effect.

While they do make great work boots (some of the best, in fact) pull-up leathers are prized for casual wear, such as Latigo boots in rich, dark browns due to the beautiful color and natural patina that develops with wear.

What is it about pull-up leather? Let's talk about what it is… 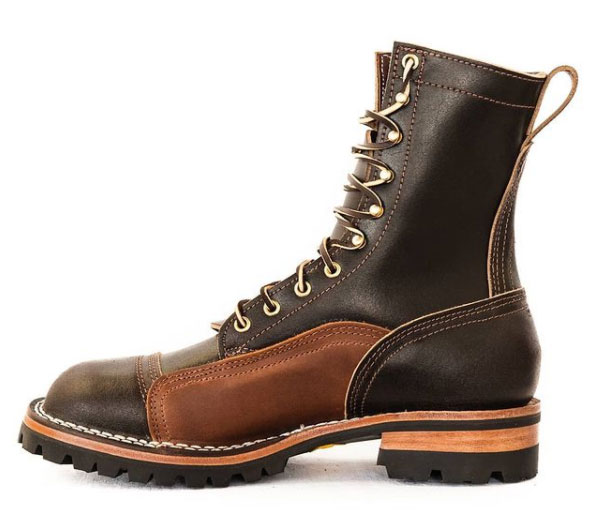 The definitive "pull-up" effect of pull-up leathers is created by the finishing process, which is a bath in hot oils and waxes after tanning and dyeing.

When the leather is bathed in hot oil and wax, it creates a coating around the molecules of the hide without totally sealing the pores. It still lets the leather breathe, but it's a little more water resistant than non pull-up leathers.

The oils and waxes in the finishing process also permeate the dye, which gives pull-up leather the characteristic fade or burst appearance. It also creates the pull-up effect.

If you take a pair of boots made with a pull-up leather in your hand and pinch a part of the leather, you'll notice the color lighten. What's happening is some of the dye as well as the oils in the leather are being pushed away. When you release, it goes back to normal.

That's the pull-up effect, the definitive feature of pull-up leathers.

What Kinds Of Pull-Up Leather Are There? 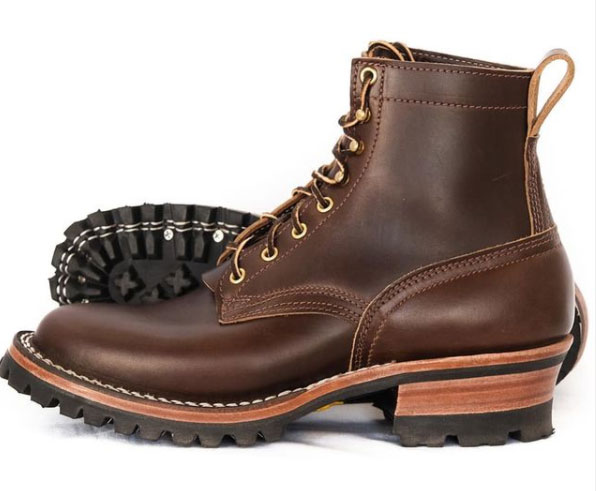 Again, essentially it's any leather that's hot-oil stuffed as part of the finishing process; a lot of different name brand and other leathers are treated this way.

For instance, latigo leather is a combination-tanned pull-up leather, chrome- and then vegetable-tanned to make it supple yet hardy, and with a gorgeous pull-up effect.

It was first devised for use in saddlery, but is also commonly used for luggage and boots for its rich appearance. Latigo is common in dark brown, orange and red colors, but there are also some in black and some other colors.

Another very common and popular leather for boot and shoemaking is Horween Chromexcel, which is very similar to latigo as it has a similar tanning process...but is also much more involved.

Chromexcel is a pull-up leather, but also has a tell-tale sheen that latigo doesn't, a kind of natural matte shine. It's arguably one of the best-known pull-up leathers.

You might find some bootmakers who offer of "greasy" leather, which is usually a hot oil-stuffed leather with a somewhat "greasy" appearance due to generous oiling in the finishing process.

It's also the case that a heck of a lot of work boots are made with oiled leathers, which will give them the pull-up quality. Some brands are known for it, and others may not mention it as much.

Should I Get Pull-Up Leather Boots?

Pull-up leather boots are fantastic for basically any purpose, so long as you get them for what they're made to do. In other words, get work boots for work and casual boots for everyday wear.

With that said, pull-up leather has a lot of advantages.

First is ease of ownership. Caring for them is easy; saddle soap to clean and then give them a generous coat of oil or an appropriate boot grease or wax. You'll want to oil or grease them a little more often, as they absolutely drink leather conditioners.

After greasing them, a light buffing will give them a matte shine.

For casual boots, that means you won't have to obsessively polish them over and over and over again to keep them looking good. For work boots, you can keep the boot in great condition for years with minimal effort.

If you aren't looking for boots to polish up to a high mirror shine, they have a distinctive look all their own that's really beautiful, especially in browns, red, orange, oxblood or walnut colors.

They also develop a patina very easily, so you get the vintage look a little early compared to other types of leather. Ever hear someone rave about vintage Docs? That's what pull-up leather does.

They also tend to soften quite a bit with some wear. While they don't lose structure or support, a good pair of boots in a pull-up leather tend to feel almost as soft as your favorite pair of sneakers with some time, so they get incredibly comfortable.

If that sounds like a great investment to make in terms of quality footwear, then you really should get a pair of boots in a pull-up leather.