Stitchdown vs Goodyear Welt: Which Is Better For Leather Boots? 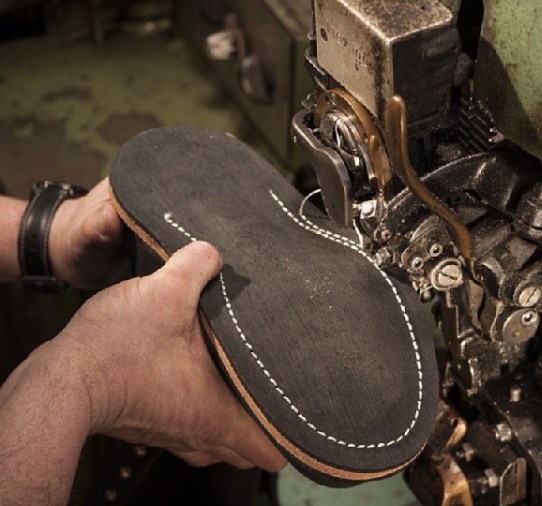 While it's true that the welt of a shoe or boot matters, you might hear or read some discussion of a "stitchdown vs Goodyear welt" pertaining to leather boots or shoes.

Which is better? Which should my work boots or everyday boots have?

"Better" is partially subjective and, depending on exactly what you're going to do with your boots, may not ever matter in the real world. However, if you plan on doing very much in terms of dynamic movement or working - especially in harsh environments - it can definitely matter.

Both are methods of attaching the upper - the part of a boot or shoe that covers your foot - to the sole. Both have positives and negatives that you should be aware of.

The quick version is that stitchdown construction is more durable and less susceptible to the elements, but tends to make footwear a little heavier and more expensive due to more extensive and specialized labor.

Goodyear welting is a solid, functional construction method...but how good it is depends on who makes the boot in the first place, and not all Goodyear welted boots are created equal.

Which should you look for? That depends on what you want out of your footwear...

What Is A Welt In Leather Footwear?

How these layers are put together is the welting method, of which there are several.

The most common on a global scale is gluing. The upper is literally glued/cemented to the sole. It's cheap, it's fast, but isn't the strongest structurally and is not easily repaired.

A common method for fashion shoes is what's called Blake construction, which actually doesn't have a welt; the insole, upper and outsole are all stitched together directly. While repairable, Blake stitching is not very strong and lets moisture in very easily. It is, again, mostly for fashion.

Stitchdown construction and Goodyear welt construction have a certain attribute in common, in that both methods involve stitching the upper to the welt, and the welt to the outsole. Essentially, the welt forms a middle layer, to which both are attached...but how each does it differs. 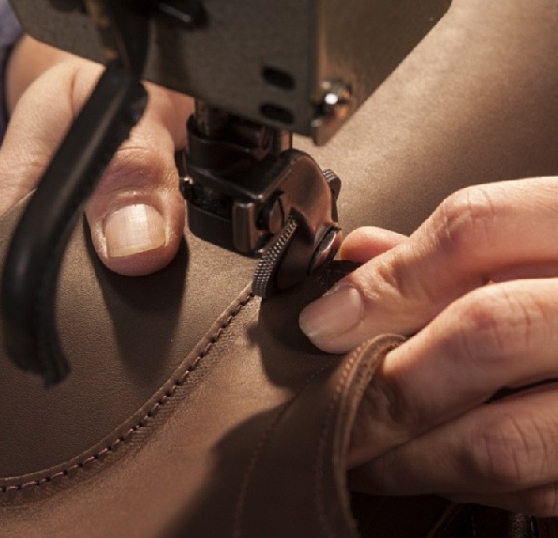 Stitchdown construction is the older method, what you might call "old school." It has many virtues, but comes at a certain price, which we'll cover momentarily.

How stitchdown construction works is the leather of the uppers is pulled down onto the midsole, and then stitched to the midsole. A second row of stitching is done all around the welt going through the welt, the midsole and then the outsole, called a rapid stitch.

In other words, the upper itself is used to form the welt, rather than attaching a piece of material around the outside edge.

The difficulty is in stretching the upper leather down and then curling the leather up so it can be attached to the midsole. It can only be done by hand, which makes it a time-intensive and laborious process.

The benefits of stitchdown construction are a tighter seal around the welt, midsole and sole, making the boot that much more impervious to the elements. The sole is stiffer, making the boot or shoe more supportive.

In short, stitchdown construction tends to produce much more rugged footwear, which is why it's the preferred construction method for serious work boots.

The downsides...are really more perceived than anything else.

The specialized labor and manual work that's required adds to the lead time and the cost, so you have to pay more. However, stitchdown boots are repairable and indeed rebuildable, so you don't have to just replace your boots every few years.

Being made of more solid materials also makes stitchdown boots a little heavier.

However, you're also getting footwear that's actually made to last, whether it's a pair of work boots, firefighter boots or even a pair of seriously high-quality heritage boots.

The Goodyear welt was developed by Charles Goodyear, Jr. - son of Charles Goodyear, who invented vulcanized rubber - in the mid 1800s as a way to make shoemaking more efficient with few downsides in terms of quality of construction.

The welt itself is a band of material installed around the bottom edge of the upper of the boot or shoe. The insole, upper and welt are joined by a diagonal stitch. A middle layer - typically cork - is added between the insole and outsole as a filler, and a rapid stitch joins the welt and outsole.

A common variant is the storm welt, which adds additional welt material for a tighter seal against the elements, effectively halfway between stitchdown and traditional Goodyear construction.

The upshot of a Goodyear welt is that it's modestly good at keeping moisture out, lends itself easily to resoling, and can be done by machine instead of by hand, reducing cost and lead time.

The downside is that it can be done by machine instead of by hand. What that means is that even lower-tier footwear can be made using Goodyear welt construction, though plenty of quality shoe and boot makers use Goodyear welting.

The quality of a welt is mostly a product of the quality control practices of the company making the boot to begin with, so a company that's looking to make and sell massive amounts of product...might not be concerned with making the absolute best possible product.

While some boot or shoe companies advertise it as a selling point, it might not actually be, depending on how well their footwear is constructed.

So...which is better between stitchdown vs Goodyear welt construction?

If we're talking about boots or shoes of equal quality of materials and equal quality control, meaning both are made by a boot company that cares deeply about their customers and therefore product...the differences will be modest, if any.

A boot with a typical Goodyear welt will let in a little more moisture and will be maybe an ounce or two lighter.

However, it's usually not the construction method per se that sets practical footwear apart.

It's the philosophy of the company making it.

The companies that make boots with stitchdown construction are not making a huge volume of product for sale through as many retail outlets as they can find to carry their product.

They're making the best product they can possibly make, because that's what their customers need and demand. Serious work boots for serious work. People like loggers. Lineman. Wildland firefighters. People who do those jobs need the best and most durable boots available.

Stitchdown construction tends to produce a sturdier product when done correctly, which is why it's the preferred method for bootmakers who specialize in serious work boots. The people who use them tend to prefer them because their boots keep them comfortable and safe doing hard jobs.

If you want to invest in a serious pair of boots, either for work or just because you demand the best, the kind of boot or shoe company you'll likely deal with is probably going to make their products with stitchdown construction.

The old ways sometimes are the best, as they create products made to last.

So really, it's not about a stitchdown vs Goodyear welt. The question is do you want to invest in a pair of boots that can take you through hell and back? Or do you just want any old boot that you can get anywhere...and might not be able to?